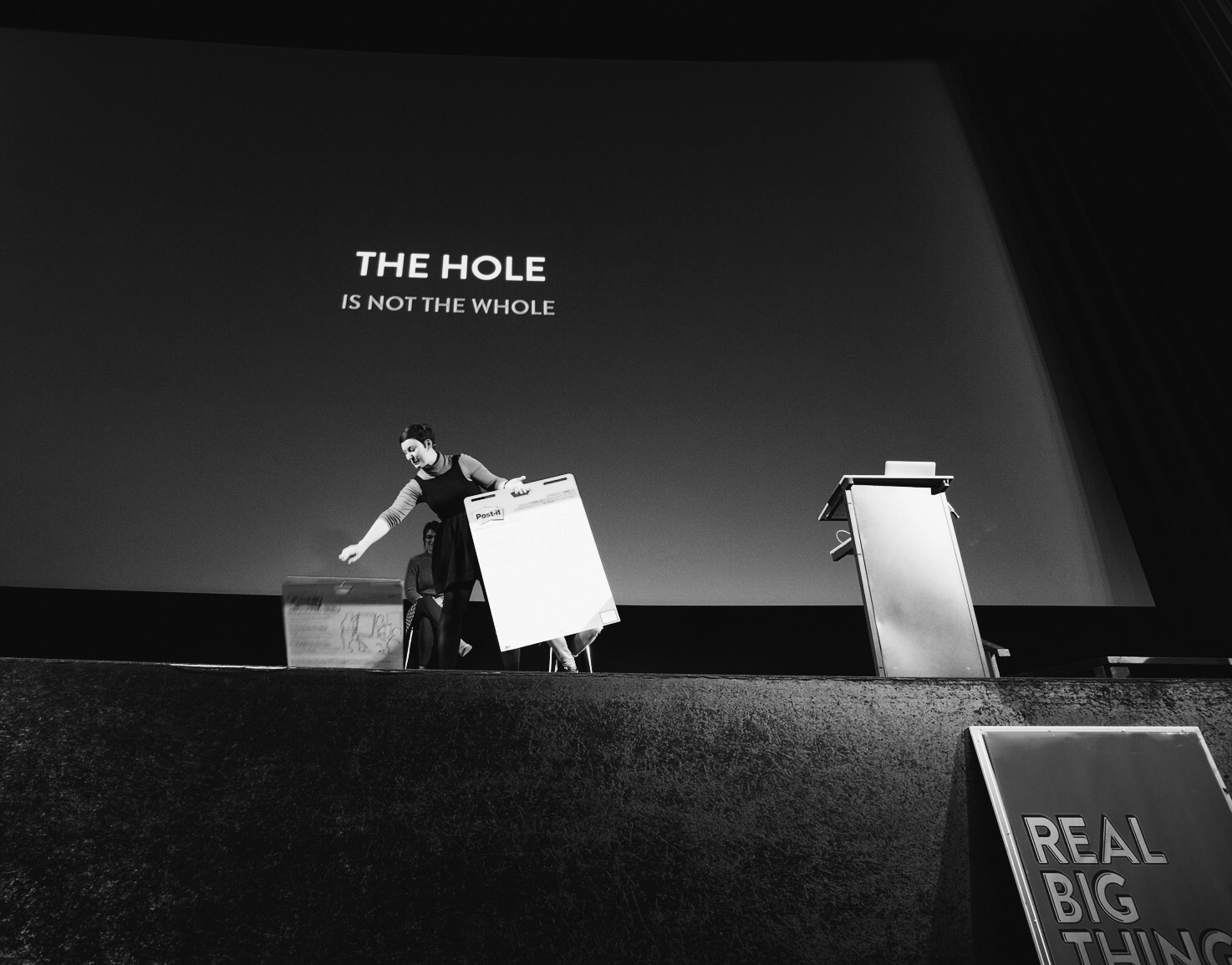 Hardhat Digital hosts a monthly speaker event that aims to educate and inspire. May’s theme was ‘Sex, Drugs & Rock n’ Roll’ to celebrate their 18th event and ‘coming of age’. My talk focussed on the orgasm gap between men and women, and cliteracy 101 – a light hearted introduction to gender inequality in human relationships and sexuality education. You can watch my talk here

Here is the transcript if you prefer to read –

Good morning, before I begin I would first like to acknowledge that we are meeting today on Aboriginal land, the land of the Wurundjeri people of the Kulin nation. And pay my respect to their Elders past, present and emerging. I would also like to preface this talk by saying that I am speaking mainly on issues relevant to cis-gender people, who identify mostly as heterosexual. Cis-gender is a term for people whose gender identity matches the sex that they were assigned at birth. For LGBTQI and non-binary members in the audience, I see you and hear you, and I respect and acknowledge that this is not the experience of all who identify as women. Now, I would like to issue a warning that the following content may contain elements that are not suitable for some audiences. Accordingly, viewer discretion is advised. (Projection of penis graffiti) Can anyone tell me what this is? Yes, that’s right, penis graffiti.

We see it everywhere; at the train station, on the walls of toilet cubicles, some of us here are probably guilty of drawing them; on the back of books, on our friend’s faces when they pass out at a party… it’s common practice. This is of course the male sexual organ and it takes pride of place, front and center. We are so familiar with it, it has become comical. Now can anyone tell me what the female sexual organ is? Ok, I’m hearing vagina? Look you’re not entirely wrong… but you’re not quite right either. Often female genitalia gets mistakenly referred to as the vagina, when in fact the ‘whole package’ so to speak is the vulva. (Projection of vulva) Which consists of mons pubis, labia majora, labia minora, the urethra, the vagina and the clitoris. Another mistake we often make is that we refer to the vagina as the primary female sexual organ, and I’m here today to tell you that the hole is not the whole.

Thank you kindly to our none-the-wiser volunteers, who probably wouldn’t have put their hand up at this point. (Volunteers are given markers and a white board) I’d like you both to draw an anatomically correct clitoris. (allowing time for activity) Big round of applause for our volunteers, now I’m going to show you what an anatomically correct clitoris looks like. (Projection of clitoris) How is it that we all know how to draw a penis with our eyes closed, and yet for the life of us cannot draw a clitoris – even if we have one!

Did you know that the clit technically wasn’t discovered until 1998? By an Australian Urologist named Dr Helen O’Connell, she was the first person to investigate and document the full scope of the organ using MRI. Another fun fact, that same year, Google was founded. Just think how much pleasure Google has brought us in the last 19 years… It’s actually astounding that technology has developed faster than our knowledge of our own bodies. The first text message was sent December 3, 1992, by a Canadian engineer named Neil Papworth saying “Merry Christmas”. Who else thinks the second one was probably a dick pic? Look don’t feel bad, I was ilcliterate once too, it was actually an artwork by Sophia Wallace, called ‘Cliteracy’, that brought it to my attention in 2013. How did I get to the age of twenty-five and not know integral things about my own body.

This says a lot about the significance of visibility and representation. If male sexuality is the central or only narrative that we see, then what happens to female sexuality? Sigmund Freud, one of the first sexuality theorists of the western world is famous for saying that orgasms from clitoral stimulation were infantile and that vaginal orgasms from penetration meant that a woman was more mature. This has perpetuated the myth that women have the best orgasms from vaginal penetration, when in actuality the clitoris is where that pleasure comes from. Studies have shown that women whose clit is within two centimeters of their urethra are more likely to orgasm from vaginal penetration, though it’s not a sure thing, keep in mind this pleasure is still derived from the clit, it’s a matter of proximity. This means that anyone’s body that deviates from that very specific make-up will not orgasm from penetration alone. This is not dysfunction, this is human.

We live in a world where heterosexual – penis in vagina – penetrative sex, is the central narrative, where sex ends when the man has an orgasm, where male sexuality is celebrated and visible to the point that it is comical. We live in a world where female bodies are deemed a mystery and their orgasms ‘elusive’, and if they are unable to orgasm from penetration they are seen as dysfunctional. This has created an orgasm gap between men and women. A study conducted at Chapman University in the US, with a sample size of over 52,000 revealed that only 65% of hetero women orgasm during sex, compared to 95% of hetero men. That’s a 30% difference, which is larger than the currently reported gender pay gap – talk about equal pay for equal work.

We are looking at a future that has all the tools and technology to stimulate, enhance, advance and excite, all in the name of having better sex. But will this really be the case if 80% of women and 30% of men continue to fake orgasm, and still fail to recognise cis-women’s primary sexual organ? In this situation we can’t just fake it till we make it. So what needs to happen in order for us to catch up with technology and really reap the benefits? Maybe it’s not a case of moving forward, but rather getting back to basics. This means talking more about sex, and not in a glossy Hollywood or Cosmo Mag kind of way. We need to have real conversations about real sex – including bad sex. We need to check in with one another, ask what feels good, what doesn’t. This may be uncomfortable at first, but at least we are working towards something authentic. No more faking.

We need to stop thinking about sex as penetrative, penis in vagina intercourse that ends when the man cums. This may mean engaging in or exploring alternative sexual activity. On a more social level I believe we need to be educated on our bodies earlier, and allowed our own desires, free from shame. We need broader representation of sexuality in the media, especially those that celebrate women’s sexuality and prioritizes pleasure. And above all else, we need to get cliterate. Next time someone refers to the vulva as vagina, I dare you to correct them, and next time you see penis graffiti, I want you to stop and spare a thought for the clit. The part of women’s bodies that goes mostly unseen, and generates the most pleasure.