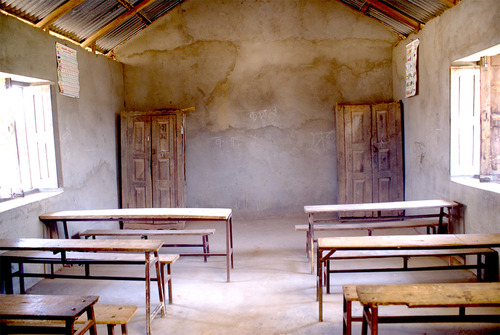 A reflection on Buffalo Milk’s experience living in Sukekot, Nepal, with a Magar community during a time of civil unrest.

In March of 2012 Buffalo Milk travelled to Nepal to volunteer as teachers in Sukekot, a remote Magar village in the Palpa district with a population of roughly 200 people. Before moving to the village we spent some time with the Rana family in Kathmandu, who taught us about Magar culture, the largest indigenous group in Nepal (according to the 2011 census). Before us, Sukekot had only ever hosted three other foreigners, an American man who had helped them with basic irrigation and plumbing in the 1970s, a Japanese man who had helped build the school in the 1990s and an American scholar, Dr Carol Davis, who had visited just months prior to our arrival, to study the traditional celebratory rituals of Magar people. Upon Dr Davis’ visit, she learned that in order for students to obtain their high school certificate, they needed to pass English, but without competent English teachers, there was no hope of any students graduating and going on to tertiary education.

Sukekot is positioned on the top of a hill, with panoramic views of the Annapurna ranges. The nearest town is a four and a half hour hike away, which locals endure on a regular basis, as only three of the villagers own motorcycles and roads are not fit for cars. We made the trek as a kind of ‘rite of passage’, but with the help of six young men to carry our bags and teaching supplies. In hindsight we were probably being a bit precious, however it is the nature of people from Sukekot to help others in the community, and we were their newest members.

During our time in Nepal there were political strikes occurring all over the country in regard to the writing of the constitution*. There has always been conflict between castes within Nepal, but when it came to how they would be considered in Nepal’s permanent constitution, the divergence was too great and lead to violence and relentless strikes. It was for this reason that we had to cease our teaching placement early as schools throughout Palpa were shut down in protest.

It seems relevant to note the country’s disarray as we lived in Sukekot, because despite the outside conflict and the shutting down of the school, our day-to-day lifestyle was infinitely peaceful. Sukekot is humble, children play and roam in and out of each other’s homes all day. Everyone (and no one) is responsible for the children, they rarely shower, they wander around all day being fed by various mothers, the old proverb ‘it takes a village to raise a child’ never rang so true. Adults rise early and fetch the household water for the day from one of four communal taps; they do their washing, bathe and clean the previous day’s dishes, all before 9am. The rest of the day seems to revolve around eating, daal baht is taken twice a day and in order to have that, people will harvest, dry and prepare the ingredients. If you’re not eating, you’re preparing to eat.

One of our greatest personal struggles whilst living in the village, was a lack of privacy. We showered in public wearing sarongs and wherever we walked we would have a following of at least five children and an inquisitive elder at any given time. We were welcomed like family but we were unremittingly considered guests, we were cooked for, cleaned up after and constantly catered to.  It seems ungrateful to say, but we resented having everything done for us, really we just wanted to get our hands dirty with everyone else.

We observed how Sukekot operated from a point of ignorance, we didn’t even have the language to ask what? Or how? When confronted by something unfamiliar or confusing. Most people of Sukekot live in mud houses, with thatched roofs and cow dung floors. They sleep on wooden beds and straw matts and never alone. They don’t have cars or electricity, all their plumbing is communal and land is not segregated it belongs to everyone and in turn, all hands work it. What became evident in our time spent in Sukekot was that family and hospitality are the main priorities, after all, what do you have if you do not have each other? Most born in the Sukekot community will never leave, due to a lack of education and skills, they are quite insular as a result of their isolation from the rest of the country (and the world). But when their country struggles to produce a piece of paper in the hope of unity and equality, it makes you wonder why they’d even bother, when everything they’ll ever need is either right in front of them, or a short (four and a half hour) trek away.

*Nepal still operates without a permanent constitution, castes continue to feud and strikes will revive until there is some form of legal unity.